The Parts You Need. 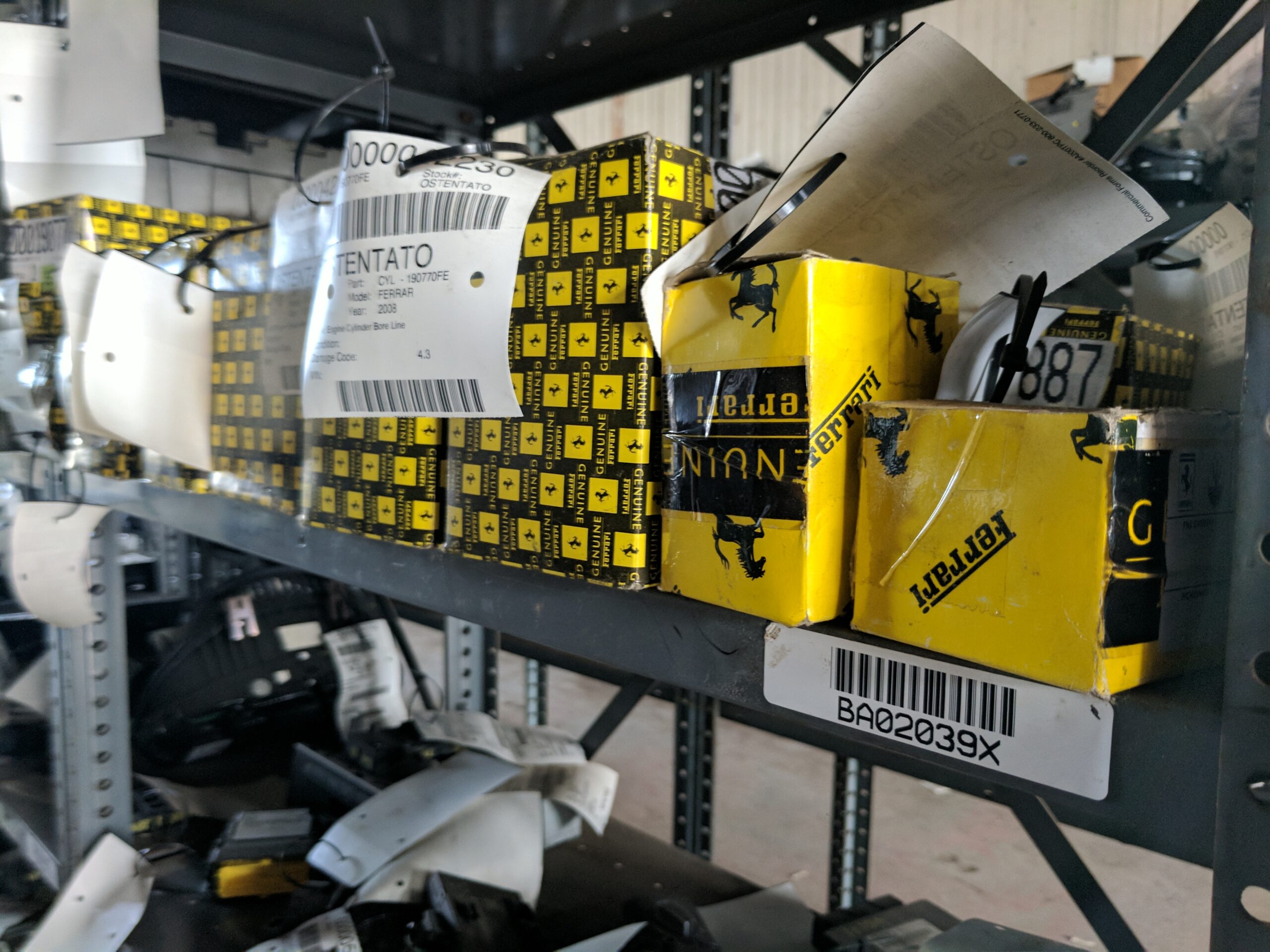 For Pacific Motors, this is an existential question.

Answering this amounts to defining ourselves and defining an industry. It involves addressing common perceptions and misperceptions that the average person simply does not have the time to consider – much like most of us don’t have the time to figure out whether or not George Washington actually cut down a cherry tree and refused to lie about it (Spoiler: He didn’t).

But unlike George Washington’s childhood, this question has immediate consequences. For us, of course. But also for anyone who might at one point or another need to repair a car.

So, let’s hold off on answering that question for a moment, and we’ll answer one of the underlying questions first.

What is a junkyard?
Obviously, we have to define a “Junkyard” before we can define an “Anti-Junkyard.” And we’ll indulge the rest of the world and just treat perception as reality (because, truthfully, it’s close enough): 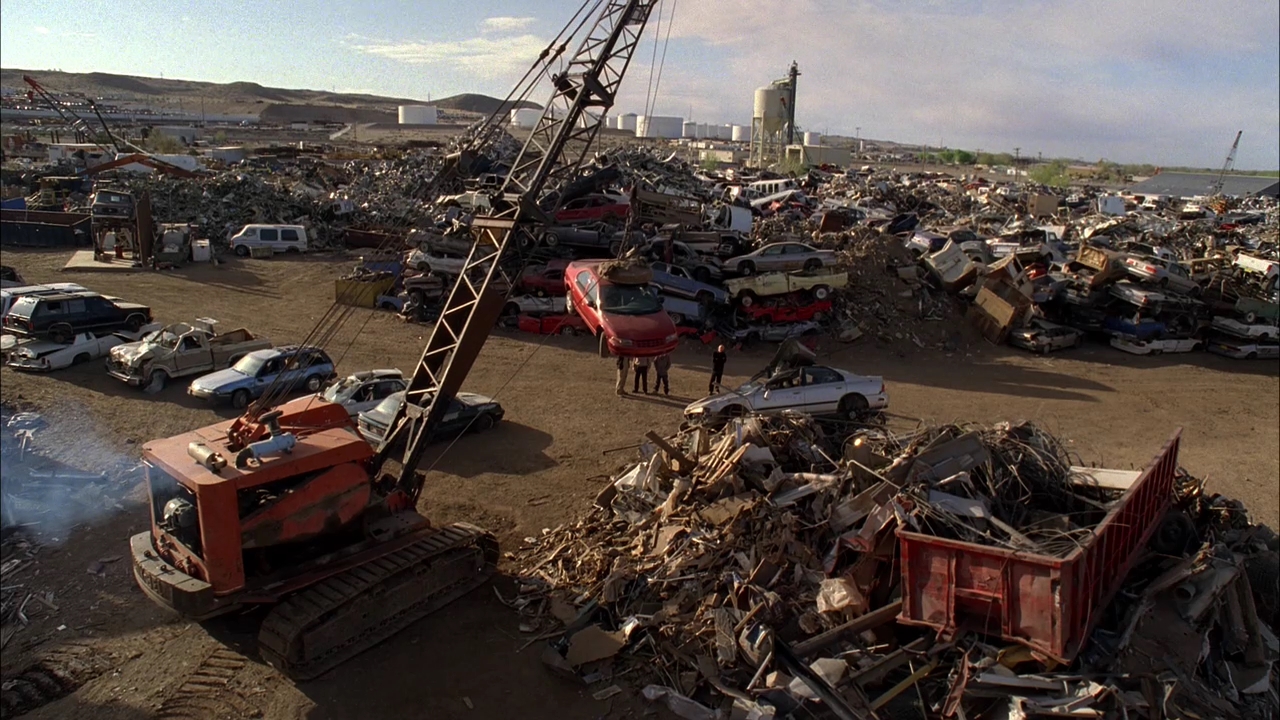 A junkyard is a disorganized and chaotic heap of broken down cars,
with an inaccurate inventory,
of items which often don’t work,
and aren’t returnable,
run by people who don’t much care about the quality of the items they’re selling,
(and who definitely don’t care about customer service).

In our experience, that is approximately correct (…or correct enough of the time to where the perception is understandable). Call up a run of the mill junkyard looking for something as straight-forward as an alternator and you’ll have an obstacle course to run through before you can get the item because they’re not actually sure that they have the item that they say they do. And then, assuming they have it and you purchase it, once you receive the item (probably about 8 days later), you’re in the precarious position of trusting that the company you purchased it from correctly cataloged the item. And even if they did, they’re probably just playing the odds and guessing as to whether it is functional or not (because testing items is time-consuming). And then, if it happens to not function, they’re probably going to reject your return, or in the best case make it extremely difficult by throwing around “restocking” fees in excess of 20%. And then, even if you send it back, you’ll probably have to follow up 2 or 3 times to get them to process the refund.

That’s a nightmare. And it is a direct result of an industry that doesn’t take itself seriously. On top of that, it’s a legacy thing. It’s in their blood. And changing is hard. Who wants to adapt to new technology and consumer demands if you don’t absolutely have to?

Below is a chart provided by Google Ngrams showing the frequency of words used in English-language books between 1885 and 2008. It’s a solid enough way for us to track how junkyards came to prominence. You’ll note we combined “automobile” and “car,” and we had to multiply the use of “junkyard” by 300 times to make it visible on the chart (not elegant, but it still serves our purpose). Anyhow, the point is, you can gauge that junkyards really started to emerge in the 40s and 50s and took on more prominence through the 80s. Today, most people understand the concept of a junkyard and expect that there are plenty of them near most metropolitan areas, even if they don’t frequent them. This industry came into its own in a very different time and place.

Our approach is different than the one we mentioned above. Let’s try to compare definitions…

An Anti-Junkyard is an organized collection of automotive parts removed from insurance vehicles,
with an impeccably accurate inventory (rivaling most retail stores),
of items which have been tested or inspected,
and are returnable,
run by people who care both about the quality of the items they’re selling
and good customer service.

Our return policy has more in common with Target’s than with other salvage yards’ policies. Our customer service is closer to IKEA than to 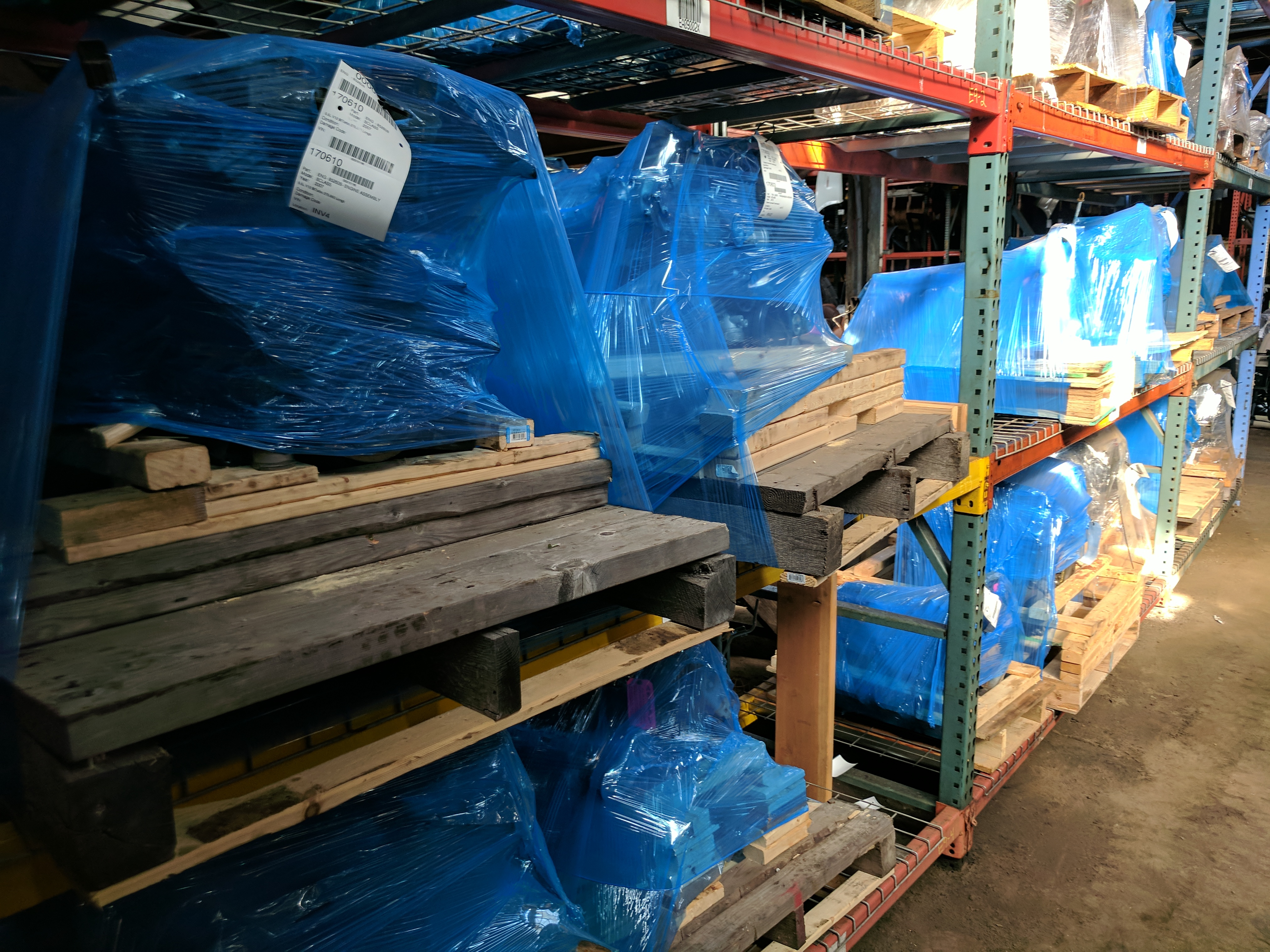 Bob’s Pick-a-Part. Every item we have listed for sale has passed through at least four people’s hands before it is sold. Every thing which could have been tested, was tested. Each and every item we have for sale has multiple high-resolution images attached. We’re entirely invested in every part and understand the seriousness of needing to repair your vehicle.

Pacific Motors puts ourselves in our customers’ position anytime we make a decision and our customers have come to expect this type of approach from us. We’ll continue to do what we’re doing, which is to say improving daily while making purchasing reliable OEM automotive parts as easy as possible. 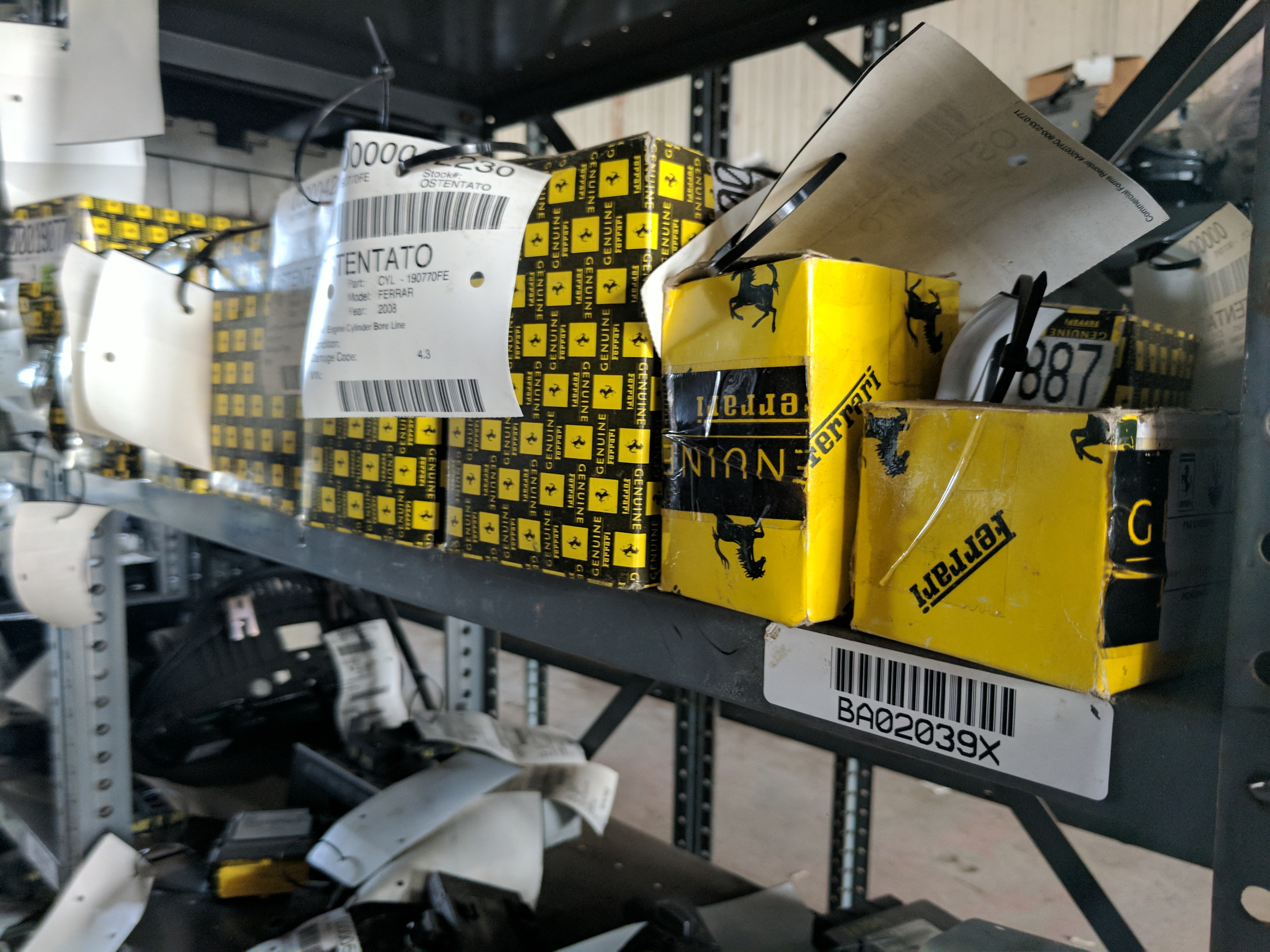 And we’d invite any “junkyards” still shoveling questionable items out the door as quickly as possible to begin to take themselves seriously. 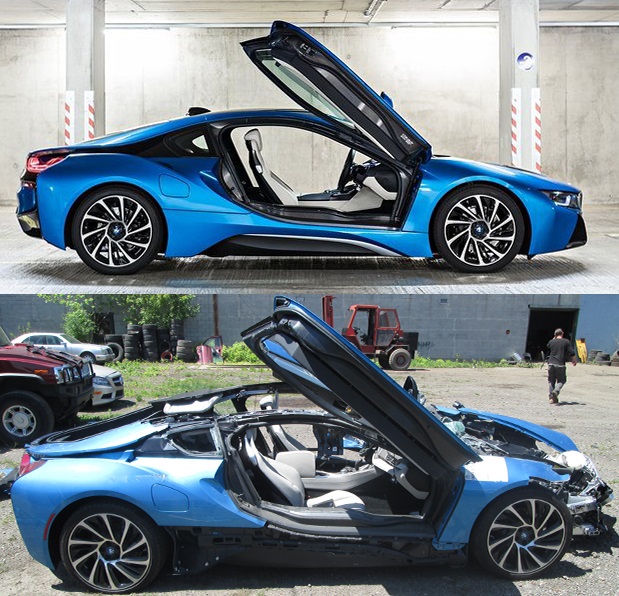 At 8:40 am, in the course of an altogether innocent morning commute, amidst the wintry, February hell of Southern California, one oblivious Cement Mixer and an unwitting BMW i8 had an unexpected interaction at the Newport Coast Drive off-ramp on California State Route 73. Unbeknownst to the participants, and 2,300 miles away in Detroit, Pacific Motors was carrying on as if nothing on earth of consequence was about to occur. Instead, this proverbial butterfly of an auto wreck flapped its wings, and Pacific Motors would never be quite the same.

The wonderful people over at Jalopnik decided to report on the aforementioned incident and what happens when a cement truck falls on a BMW i8. While Andrew P Collins did a bang-up job of detailing the immediate aftermath of such an incident, largely relying on the Orange County Register’s account of the crash, there was one trailing question at the end left unanswered,

“And to anybody building up a BMW in the SoCal area; keep your eyes on the junkyards for a set of i8 seats? (Too soon?)”

Andrew, it wasn’t too soon, then. And it certainly isn’t too soon now. And though we managed to drag the car all the way to Detroit, we can still help out folks in SoCal.

Regretfully, the seats could not be preserved complete and intact… However, being an automotive recycler, we did our best to save all that could be saved.

But, we’d like to provide everyone with a more complete view of what happens when a Cement Truck falls on a BMW i8. So here is what happened next:

Prior to stripping the chassis clean of its flesh like a vulture does carrion,  we skillfully managed to resupply power to the limping beast before we put him out of his misery.

Anyhow, to put a nice, little bow around this whole ordeal and give it the happiest ending possible, we checked the back of the BMW i8’s title and it turned out that this unfortunate guy was an organ donor. This was wonderful news for us, but even better news for each and every i8 in the world (especially for those without health insurance). Upon hearing the glorious news, our dismantling & inventory staff meticulously tested, reviewed, photographed, tagged, categorized, and listed each and every one of the salvageable parts, which are generously available in our Parts Store.

So, to celebrate the gift of life, all of our remaining i8 parts can be had at a 10% discount by using the Coupon Code “Jalopnik”.

And to the rest of you, let this be a lesson – Share what you have when you no longer need it!